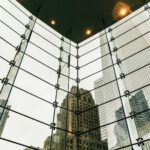 Can Automation Help Governments Be Prepared for The Worst? Learn how California’s government agencies have been leveraging Intelligent Automation solutions. From modernizing their operations to improving citizen services while building more resilience to mitigate risks of the next pandemic or natural disaster.

In August 2005, hurricane Katrina was forming in the Gulf Coast region, and Emergency Management Services started preparing for a hurricane. There was no way to know it would be as devasting as it was, and citizens from west of New Orleans to Mobile Bay would be devastated and displaced.

In March 2020, most of us assumed COVID would be over by the end of April. State and Federal Health and Human Services agencies thought we could muscle through a three-week lockdown.

After all, it was for the greater good. Then weeks became months that became years. People generally could stay at home, but with each passing day, the expectation that government must function was tested. Demands for SNAP and Unemployment Insurance claims were unprecedented.

Indeed, in August 2021, California’s Dixie Fire scorched more than 500,000 acres, including destroying homes, businesses, and automobiles which led to the destruction of Greenville, California. The result was that 2100 of our fellow Americans were left without means and needed emergency support from government agencies. CalFire and U.S. Forestry have to surge during these unpredictable fires to ensure procurement of vital resources is available.

COVID exposed faults and weaknesses in all levels of government services. Nothing intentional nor nefarious, but it showed outdated hardware, software, and network equipment and its impact on governments’ ability to deliver services under stress. Every level of government was forced to look at every IT system and ask how it should function in a fully virtualized workplace. To their credit, government innovators rose to the occasion:

These three examples show that RPA and other emerging technologies could be deployed rapidly, and positively impact the “curve of work.”

Everyone hopes there is no next pandemic. However, big fires, massive hurricanes, and human-made problems will test local, state, and sometimes the federal government. Where citizens forgave and understood during COVID, they will be less forgiving going forward if they are not bringing the promises of an automated government to them.

Elected officials and government leaders should appreciate the winning proposition that accelerating their automation journey presents. They don’t have anything to lose and everything to win.

The metrics prove that automation does produce a positive return on their efforts. It reduces errors, improves compliance reporting, and reduces costs. This makes it possible for employees and citizens to have a better government, yet you can save tax dollars to spend on more critical challenges and administrative fees. So, what is that winning proposition? Starting an intelligent automation journey is an excellent strategic way to prepare for a recession or normal. You have nothing to lose in embracing a digital workforce powered by hyperautomation technologies such as RPA, Intelligent Document Processing, Process Mining, Conversational AI, BPM/Digital Process Automation, and Low Code.

Automate the birth, marriage, and death certificate programs so those employees are ready to help the surge in citizens applying for housing, unemployment, and medical benefits during their crisis. Start retraining and reskilling some of your workforces so they can design, deploy and monitor the automation when access is restricted can be done now. When we all realize that we avoided a recession, that hurricane season was less destructive, when fires were smaller and slower. When human-made incidents were avoided or prevented, you have the smartest, most resilient, and most efficient government services available. In other words, starting your intelligent automation program now means you have nothing to lose and everything to gain.

How is it a win? Your citizens are talking and interacting with your employees because the mundane, the boring, the tedious, the robotic work they did is done by their digital assistant. Government employees are freed from their repetitive work and can now have person-to-person conversations to resolve complex citizen needs. Government for good, thanks to intelligent automation.

You will be prepared for the future because you built the resilience to serve the public. You learned, reacted, and started using automation for good government. Now is the time to reduce operating costs, streamline processes, and standardize reporting and services while creating an equitable workplace using intelligent automation. Necessity may be the mother of invention but starting your automation journey now ensures slow and steady wins the race.

Get next level insights 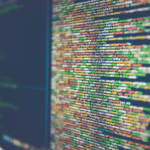 How to Leverage RPA for Data Analytics

Our automation experts reveal how pairing RPA with data analytics can boost their performance and reduce operating expenses.
Read more

Can Automation Help Governments Be Prepared for The Worst?

In August 2005, hurricane Katrina was forming in the Gulf Coast region, and Emergency Management Services started preparing for a hurricane. There was no way to know it would be as devasting as it was, and citizens from west of New Orleans to Mobile Bay would be devastated and displaced. In March 2020, most of
Read more 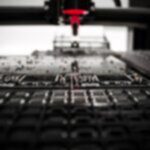 Utilizing the combined forces of Industry 4.0 and Intelligent automation

The introduction of connected technologies opens a world of possibility for intelligent automation to both support the digitalization journey of traditional manufacturing firms as well as re­engineering value creation and driving business transformation.
Read more 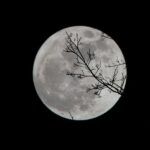 Our Lean Methodology Series explores a range of business approaches. In this blog learn how to conduct a Waste Walk to identify and eliminate the 8 Wastes of Lean.
Read more

Get to Next level. NOW. 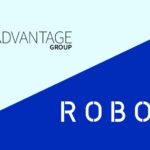 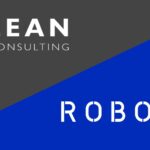